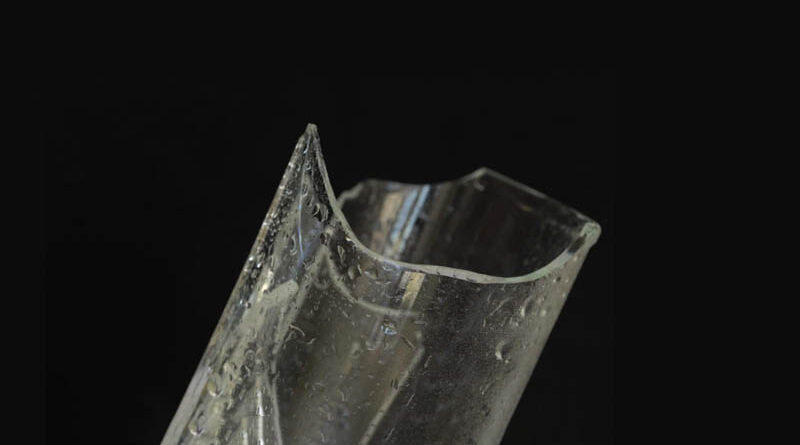 We’re here today, to delve into the spiritual, symbolic, and prophetic meaning of breaking a drinking glass.

It’s never fun to break a drinking glass. Especially when it shatters into a thousand little pieces, and you’re going to find those pieces all over the place for days. Worse still, you might find the odd errant shard cutting into your bare feet. It really hurts when that happens, doesn’t it? What a nightmare! However, a broken drinking glass isn’t just a dangerous inconvenience, it’s also a symbolic occurrence. Whenever you break a drinking glass, there’s a wealth of symbolic meaning to explore.

Cups are very symbolic objects. After all, it stands to reason that the vessel from which we drink life-giving water from conveys some of that importance when employed as a symbol. It’s no surprise, then, that in Christianity, the cup of Christ has become such an important symbol. So, cups hold a very spiritual place in our psyche. They are associated with life itself.

It’s important to remember, though, that not all cups are made of glass. Traditionally, glass objects have held cultural and spiritual importance because of the clarity of the material and the way in which it is produced. So, a drinking glass combines the spiritual, cultural, and symbolic importance of glass objects with drinking vessels.

When we break a drinking glass, what happens? Well, often, the glass has liquid in it, and the liquid spills. Therefore, to understand the meaning of a broken glass, it’s important to take a look at the spiritual and symbolic meaning of liquid.

Liquid—water, especially—represents emotion. After all, think about how we talk about emotion—we say we have “deep” emotions, the same way the ocean is deep. Our moods swell and sink like the waves of a turbulent sea.

Liquid—again, especially water—represents life. Especially the flow of life. Also, when a drink is spilled, it can often be used as a metaphor for the spilling of blood. This is especially true of a broken wineglass.

Whenever glass breaks, we’re invariably shocked and concerned—after all, getting pieces of glass everywhere can be dangerous. However, broken glass, depending on your beliefs, can actually mean good luck. It can be counterintuitive when we think about a broken mirror being seven years of bad luck, though. However, depending on what glass was broken and in what way it was broken, the omen can be very different.

What Does Breaking A Drinking Glass Mean?

Breaking a drinking glass can be seen as good luck. Especially when it is accidental, as many believe the accidental breaking of glass is a sign of incoming bad luck.

And while that is true, there is also a lot of nuance to the spiritual meaning of breaking a drinking glass. For example, a broken drinking glass can represent the spilling of blood. As such, it can represent danger and, sadly, the potential for conflict with serious consequences.

Whether you’re Jewish or not, you’ve certainly heard the shout “mazol tov” as a glass inside a cloth is stepped on, breaking it. Well, we couldn’t write about the symbolic and spiritual meaning of breaking a drinking glass without covering this particular Jewish wedding tradition. After all, this is surely the most well-known of our glass breaking rituals.

Unfortunately, the origins of the tradition aren’t entirely clear. According to this excellent YouTube video by BimBim, there are three possible origin stories for the tradition of stepping on a glass at Jewish weddings.

The first belief centers on a story in the Talmud. There were two rabbis, these two rabbis were deeply offended by the loud noises the guests at a wedding were making. So, to get everybody’s attention, they decided to smash some glass. Angrily breaking the glass, as planned, got everybody’s attention. Consequently, the guests quietened down and the wedding continued with a touch more decorum.

The next possible reason Jewish people break a drinking glass at weddings is because it represents the destruction of the temple. It is meant to remind us to treasure joy while we have it, because it can all end so quickly.

And last, but certainly not least, the third belief is a little more mystical. Some believe that when we’re born, God shatters our soul into two separate pieces. It is then believed that the two broken pieces of the soul must try to find each other and, consequently, reforge their bond through marriage.

In the early days of glass production, drinking vessels were often made of thicker glass. In fact, some ancient glass artifacts made by the Romans have been recovered across the extent of the former Roman Empire. The early thick glass had the misfortune of being heavier and holding less water due to the thickness of the glass.

However, as time went by, we learned to produce much thinner, lightweight glass. As such, many modern drinking glasses are actually quite thin. Think of the quintessential wineglass—it is very thin, indeed. As such, it suffers from a degree of brittleness. As such, breaking a drinking glass is both a reminder and an omen of fragility and vulnerability.

This can sound quite foreboding, of course, but it doesn’t necessarily have to be something to worry about. While some see a broken drinking glass as a warning sign; it can represent the sudden end of something. But, don’t fret. It doesn’t necessarily foretell a negative occurrence. On the contrary, it can simply portend the end of a cycle. Once a former cycle has ended, it represents an opportunity for transformation or rebirth.

So, instead of worrying that a broken drinking glass could be a bad omen, instead focus on the symbolic importance of clearing up the dangerous shards of glass. After which, engage in a period of reflection and set aside any recent disappointments. You now have the opportunity to bring new, positive, and fruitful cycles into your life.

Dreaming of a Broken Drinking Glass

Dreams of broken glass carry many of the same spiritual meanings associated with breaking a drinking glass in waking life. That is, the dream meaning doesn’t different too much from the meaning of breaking a glass in real life. There is one core difference when it comes to dream meanings, though—many believe that dreams act as conduits allowing us to communicate and receive messages from other souls. So, that means, maybe the symbolic message is coming from a loved one, e.g. a family member, that has passed on. However, it can just as easily be a sign from a soul still with us on Earth.

Such dreams, then, convey a message that somebody is concerned for breaks and ends of deep emotions in your life. Additionally, the dreaming message could also be that a period of celebration is coming an abrupt end. However, there’s no reason to fret—it could well be the start of a new and positive cycle.

However, when it comes to the spiritual meaning of breaking a drinking glass, it’s unfair to really categorize it, black and white, as a good omen or a bad omen. This is because breaking a drinking glass isn’t simply a sign of good or bad luck. Instead, it is a complex spiritual message that requires reflection. Yes, it could mean that something is coming to an end—but, it could be the end of something bad or good. If something good does come to an end, then even that isn’t necessarily cause for concern. This is because, while the broken drinking glass conveyed that warning to you, it doesn’t mean that something even better can’t rise in the place of the good thing that just ended.