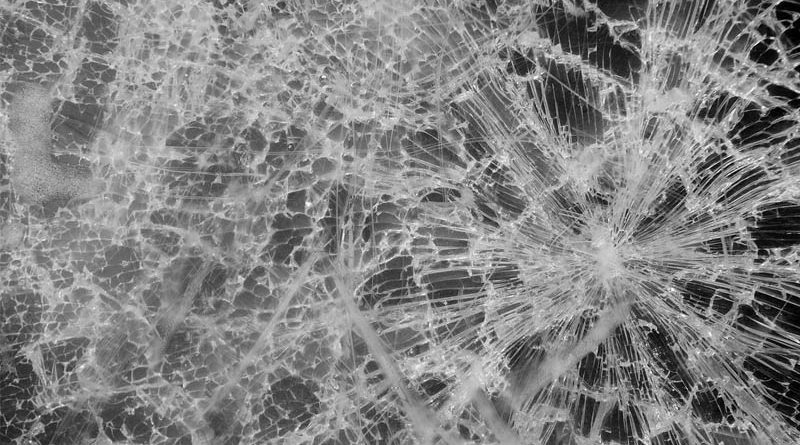 Sometimes you break glass, it is what it is—but what is the spiritual meaning of broken glass? No matter how it happens, there is spiritual and symbolic meaning there that can be reflected upon. Maybe you dropped a glass vase, a wine glass, or maybe some neighborhood kids accidentally smashed your window with an errant football! Whatever the cause, an encounter with broken glass can be quite impactful. There’s so much to do—you have to find every piece of glass and, in the case of a window, you have to get the darn thing replaced! But, once that’s all taken care of, let’s think about the spiritual meaning of broken glass.

Is Broken Glass a Good Omen or a Bad Omen?

When we discuss omens, the first question everybody wants to ask is “is it a good omen or a bad omen?”

Of course, it would be nice if we could put things into simple good omen and bad omen categories. But, it’s typically more complex than that. Not only does the context of the omen matter—in this case, where did you see the broken glass? But, also, your intuition and personal perspective matters too, i.e. what does your mind and soul tell you about the omen? That’s also important.

But, broken glass is a much less ambiguous omen. Most of the time people accept broken glass as a good omen. Typically it represents things like new, good cycles beginning in your life. It also represents improved financial situations in the near future. However, some do believe that a broken window is bad luck and represents a weakness in your spiritual defenses. Having said that, though, it’s important to take into account that many believe the complete opposite—i.e. that a broken window indicates invisible barriers around you have been broken, thereby freeing you.

So, over all, broken glass is a good omen!

When you break glass, your first instinct is to take it as a negative experience. Of course, that’s natural. Not only are the glass shards dangerous, it’s also going to cost you money to replace whatever it was you broke. And that doesn’t even take into consideration how much time it’s going to take to sweep up all the broken shards.

But, in spite of all those negatives, broken glass—generally speaking—is an omen of very good luck. What is behind this good luck omen? Well, consider the journey of glass. It begins as sand, it is then melted and cooled to create glass. So, it is changing from. It changes from something tiny and innumerable (i.e. grains of sand) into something solid, but brittle (i.e. glass). So, when the glass finally breaks, it is being freed from its form. The cycle is complete.

What do we know about complete cycles? Well, broken glass is like death. In terms of symbolism, it means that the cycle is complete. It is not a cause for sadness, though. Instead, it is an opportunity for something new to grow in its place. So, think of broken glass as an omen that an old cycle in your life is ending, but something new will come to take its place. And, while the symbolic death of an animal doesn’t indicate whether the new cycle will be good or bad, glass on the other hand indicates the beginning of something new, pure, and most importantly, good.

So, broken glass is good luck!

Well, there is one exception—a broken window, because that, in a lot of cases, is more of a bad omen. More on that later on, though.

Can I Deliberately Break Glass for Good Luck?

For broken glass to be good luck, it has to be accidental. That means that you can’t go out into your kitchen cabinets and start throwing wine glasses at the wall. No matter how much fun that might sound, it certainly won’t bring you any good luck. The belief that broken glass brings good luck depends on it being a non-deliberate occurrence. This is because it is meant to be a message or a blessing from the other side, rather than an action on your own behalf to invite good luck your own way.

Now, bear in mind that when we receive messages from the other side, it isn’t about something that is set in stone. After all, why bother sending a warning at all if it wasn’t something you could change? So, keep that in mind. Stay calm and reflect on your relationship. If you would like to end it, then that could be the advice you’re looking for. Alternatively, if you would like to continue on with the relationship then move to address any issues that might fracture your connection with your loved one. Importantly, though, is the concept of balance between energies—put simply, drowning somebody with your energy and getting too clingy will naturally cause them to withdraw from you. So, stay calm, stay cool, and if necessary seek advice from qualified relationship experts!

Broken Glass and Lost Loved Ones

Broken glass, especially, mirrors and windows, can sometimes be taken as a message from the other side. You might have heard that a broken mirror means seven years’ bad luck, and sure, that’s a commonly held belief. On the other hand, though, mirrors are known as the gateways between our world and the underworld (the other side, heaven, and other various concepts of other realms). So, when a mirror is broken, it represents the breaking of a gateway from here to there. And the same applies for the windows in your home.

So, does that mean you’ve lost your connection to your loved ones who’ve passed on? Absolutely not, no way. But, it can be a message from them that there’s no reason to let their loss anchor you. It’s okay to continue on, and be happy. Enjoy your time before eventually you are reunited.

So, where does a broken window come into it? Quite simply, a broken window represents the shattering of barriers between you and your manifestations. So, it could well be that you have finally put to bed a limiting belief. Perhaps you’re ready to accept abundance into your life? So, look out for lucrative opportunities like new jobs or new business ideas.

When it comes to broken spells, though, it’s a bit harder to put your finger on it. It’s difficult to know who has what malign intentions towards you. However, in this case, you can simply take the broken window as a good omen that the troubles associated with any negative vibes directed at you are finally over!

The Spiritual Meaning of a Broken Window

But, there are some who say that a broken window actually means the opposite. Some believe that the window represents your own defenses, and when the window is cracked or broken, it means that your own defenses are weakening or broken. This could be physical or magical.

Regardless, it is a similar premise to the one discussed above regarding the breaking down of invisible barriers. The key difference, though, is whether barriers restraining you or barriers protecting you have been broken.

Which is right? Well, that’s impossible to say. Only you will know which of the two meanings resonates for you. Follow your intuition.

Sometimes glass is painted over and so you can’t see through it. Of course, this isn’t that common of a situation. After all, glass was chosen as a material so that it could be seen through. So, at some point, somebody decided that they didn’t want something to be seen behind the glass, and so they painted it a solid color, thereby, obscuring the truth. Also, sometimes glass is tinted so heavily that it is very difficult to see through it. The same goes for frosted glass, it allows the light through but not the details.

As such, the meaning of broken opaque or otherwise obscured glass is simple: it means that lies, deceit, or some sort of illusion have been shattered and truth has been revealed. Typically, though, this sort of omen pertains to a very particular sort of knowledge. The breaking of opaque glass indicates that a knowledge that was once possessed, but then obscured, has since been revealed again.

Commonly this might be about an old family secret that comes to light. Also, it could be an omen that somebody’s hidden misbehavior is revealed—is somebody fudging their numbers at work? That’s a good example.

The symbolism and spiritual meaning behind broken eyeglasses is actually similar to broken opaque glass meaning. However, it is inverted. So, where broken opaque glass represents secrets being revealed, the breaking of your glasses is an omen that a period of obstruction could be coming your way. So, things that were clear and obvious, especially truthful, in the past, may be more difficult to focus on in the coming time.

While this might seem like a bad omen, it isn’t necessarily the case. Remember, so-called bad omens aren’t portents of doom, they’re instead little warnings sent by our angels so that we might counteract any forthcoming issues. So, if you break your glasses and feel as though it has happened to alert you to something, then simply stay calm and think about areas in your life where you might have lost focus and therefore lost a grip of the truth.

Remember, though, that lies and deceit don’t always come from others, sometimes we can be deceiving ourselves. A period of quiet thought and reflection is required and, ultimately, you can rely on your intuition to guide you.

But, when it comes to the spiritual meaning of dreams, we can make broader assertions that may resonate with you. Typically, spiritual dream meanings are very similar to the meanings of omens visited upon you in the waking world. So, if you break a glass in real life or in a dream, it doesn’t really change the omen much—both the dream meaning and the waking meaning are to do with the end of a bad cycle, the beginning of a good cycle in its place, and often it relates to an improvement in financial issues.

However, dreams do convey a slightly different message. This is difference is twofold.

Broken Glass Dreams – Messages From Others

Firstly, because the dream world is where we are more open to messages from the other side or other members of this side’s collective consciousness, then the omen of broken glass in a dream can be taken to be a message from somebody else. Be aware, though, that not all is as it seems in the dream world—you probably already know this, but people in your dreams aren’t always who they present themselves as. So be very careful before taking action on something you perceive as a message from somebody received via a dream.

The second difference between a waking omen and a dreaming omen is to do with the moon. Because dreams typically occur at night, the influence of the moon is very important. The moon relates to deep running emotions, and especially to secrets about emotions. So, to dream of broken glass could be a sign that you have deep emotions that you might not be entirely aware of relating to the broken glass omen. For example, it could be to do with shattering limiting beliefs about money.