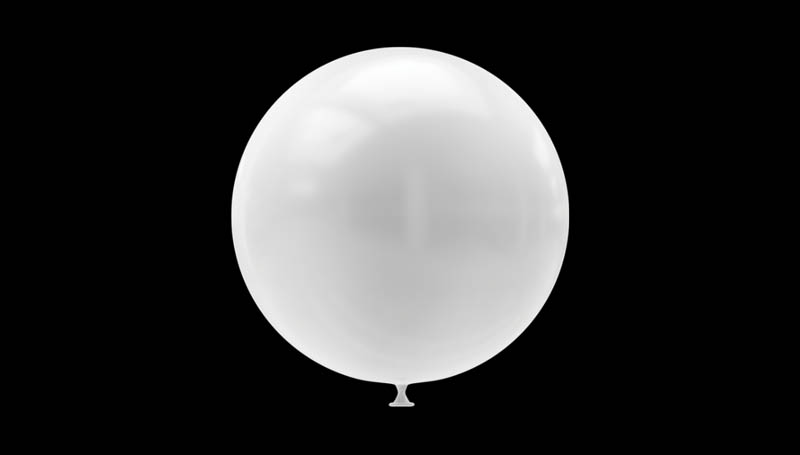 White is an interesting color choice for a balloon. Usually balloons come in primary colors and are used for happy times like a child’s birthday party. White, as a color, has interesting meanings associated with it. As such, it’s an uncommon choice for packs of balloons. Therefore, it’s understandable that—after seeing a white balloon—you might wondering what its spiritual or symbolic meaning is.

Before we can appreciate what a white balloon symbolizes, it’s a good idea to establish the general meanings we associate with balloons.

Balloons, regardless of color, are major symbols of aspirations. Whatever you hope and dream for, well, balloons represent this. Remember, balloons float upwards—when they have helium in them, at least. The balloon, rising up, is a symbol of how we hope our dreams will go—forever upwards. Balloons are also a nice representation of our manifestations or prayers. However you see them, we establish our wishes here on earth. Then, we set them free, sending them to the heavens or the universe, and we hope they’ll be answered. A helium balloon loosed to float away into the sky is a dandy representation of making a wish.

Also, we link balloons with celebration of all kinds. Especially when we have child’s birthday party. Also, the non-helium-filled balloons (i.e. they drop rather than float) are often released from above at political conventions and celebrations after a big election victory. As such, balloons are a symbol of celebration and success.

What Does the Color White Symbolize?

White is a color we associate with peace. When white is chosen for a national flag, it stands for the peace achieved by the people of that country and the peace they hope for. White doves are also a common symbol of peace. Additionally, we use white flowers during funerals to represent the peace found in the nextlife.

Also, white represents purity. That’s why we associate white with weddings and brides. Such a color choice is also made by clergymen and clergywomen in various Christian churches around the world. Also, white robes convey moral constraint in the face of carnal urges.

Because of the color white’s association with purity, it means that a white balloon, principally, stands for the most pure of your hopes and dreams. So, if you have aspirations that involve peace for yourself and others, then the white balloon is an omen that those plans will soon come to fruition.