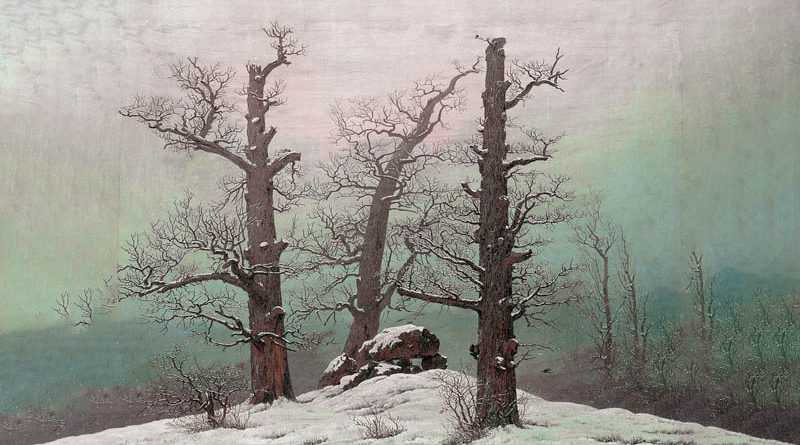 Snow is an inherently spiritual substance. After all, it falls delicately, graciously, and divinely from above to below. So, therefore, it’s only natural that you might wonder if there is a message wrapped inside the sudden and unexpected arrival of snow. Because, after all, if you live in Alaska, snow might not feel that special. But, sometimes, for some people, you live in a place that doesn’t often get snow, so when it does arrive, you might want to consider any omens it brings with it.

Is Snow a Good Omen or a Bad Omen?

Snow is, for the most part, a quite good omen. Of course, all omens are quite complex. Not only do they rely on the context the omen presents itself in, they also depend on the feelings, manifestations, and perception of the recipient.

But, to reiterate, snow is a generally good omen. For example, it symbolizes positive things like peace, purity, divinity, cleanliness, rebirth, and patient progress towards noble goals.

However, snow does represent some things that could be taken as somewhat negative. The main questionable spiritual representation of snow relates to secrets. Snow stands for thin, shallow, and short-lasting secrets that can conceal the ugly truth hidden beneath.

Peacefulness, the Color White, and Snow

Snow is a very powerful omen of peaceful times ahead. The reason for this is twofold.

First of all, a blanket of snow has a very special ability to quieten the whole world. When the snow comes, everything settles and is set in place. Stillness prevails, and the wind cannot move the grass and the branches because the snow has covered them and rendered them motionless. So, therefore, it’s easy to understand why snow conveys a spiritual meaning of calmness, peacefulness, and tranquility. Snow tells you it’s time to stop, relax, and be calm.

The second factor that influences snow’s status as a profound omen of peace is its color. Snow is white, and white is universally accepted as the color of peace.

So, should you feel a degree of resonance with a recent snowfall, then it could be that your angels are passing on a message of profound peacefulness. How this peace will manifest, though, is difficult to say. It could well be that any conflict you are currently engaged in will come to a slow, calm, and subdued resolution. It’s also worth remembering that this omen might not be one predicting that peace will be visited upon you. Instead, it might be advice for you to take action to make peace.

Regardless, follow your intuition and consider which scenarios resonates most with you.

It’s also worth considering the other meanings associated with the color white so as to form a more rounded understanding of snow’s spiritual meaning. So, think about the color white’s status as a symbol of purity and cleanliness.

When we think about spiritual messages relating to purity and cleanliness there are several topics to reflect upon. For example, it could well be that the snow predicts the conception of a child. Alternatively, a white blanket of snow conjures notions of a traditional wedding. Speaking of which, don’t be afraid to enjoy your wedding day if it happens to snow that morning. Snow on a wedding day is, of course, a fabulous omen. Beyond that, it also makes for great photos!

Spiritual Meaning of a Snowflake

Snowflakes have a very well known meaning in the West; they represent uniqueness. And this representation is a fair one. After all, no two snowflakes are the same. So, should you catch a snowflake on your fingertip when the snow is falling, it’s fair to assume that this is a message from your angels that, not only are you unique, but also that your uniqueness is something you should appreciate. Remember, asking others you value that uniqueness can be an exercise in wasted energy. Instead, focus on your self-esteem and value yourself and your own miraculous attributes.

But, snowflakes don’t only fall in the West. As such, other cultures around the world have their own meanings associated with snowflakes. For example, there is an old Zen proverb that states “A snowflake never falls in the wrong place.” The meaning of this is quite clear. It’s similar to the old idiom that “everything happens for a reason.” It evokes the concept of fate. Additionally, the proverb alludes to the universal perfection of all creation.

Water, and therefore, rainfall are associated with emotions. Moreover, water is often linked to deep, and sometimes, very secret emotions. While snow is simply a frozen sort of rain, it does not convey the same message of a downpouring of emotions and secrets. Instead, snow’s spiritual message indicates the new creation of shallow but complete secrets.

The reason for this representation becomes clear when we look out the window at a fresh blanket of snow. A covering of snow hides everything beneath and creates the impression of purity and perfection. There might be cigarette butts or broken glass hidden beneath the snow, or maybe cracked asphalt or fresh roadkill. But, the snow has hidden all of that. So, snow represents the thin veil of perfection we put over ugliness so as to deceive others and even ourselves.

It isn’t necessarily bad to sometimes turn a blind eye to the ugly truth behind the façade of beauty. However, it can become problematic if we ignore ugly problems for an extended period of time. So, enjoy the break in the ugliness that snow provides, but know that it will melt and when it does, it’s time to do some clean up!

But it Offers Clues to Solve the Mystery

One of the most fun things you can do on a snow day, is head outside and look for animal tracks in your yard. It’s so much fun to realize what goes on during the cover of night, while you’re inside sleeping. If you’re lucky, you might see some deer tracks. Alternative, you might see tiny little bird footprints in the snow. Either way, the snow is revealing some secrets while creating others.

The snow, though, still persists as an important omen of secrecy and obstruction. But, it is always only representative of a thin veil of secrecy. Footprints in the snow amplify the snow’s status as nothing but a façade. Even when the snow covers everything, it offers clues about the truth. And the clues come in the form of prints in the snow.

A Message from the Angels, A Heavenly Connection

Rain has long symbolized the connection between the heavens and the earth. After all, we see rain as a blessing from above. The water provides us with lifegiving water to drink as well as nourishing our crops. So, it goes without saying that there is a longstanding appreciation of rain from above as a gift from the gods.

However, snow is a little bit of a variation on the theme. After all, snow is frozen and, therefore, not quite as useful as liquid water. Moreover, it typically arrives in the depth of winter, which is a time when nothing is really growing anyway. So, of course, snow doesn’t convey that same lifegiving message as rain. But, it does still symbolize a connection between the heavens and the earth. Snow represents the gift or purity and perfection; we are reminded that the world around us, as it is in nature, is utterly perfect.

Another important message that snow provides is that of rebirth. The winter months themselves are part of the never-ending cycle of life, death, and rebirth. Winter stands for the death part of the cycle. Snow, though, reminds us that in the darkest and coldest times, that life is about to be reborn. It does this when he earliest blooms—flowers like crocus and snowdrops—break through the snow to begin flowering.

As such, if you ever seen flowers poking through snow in early months of the year, you can take it as a message from your angels that cycles might be coming to an end. But, new life will begin where the old cycles ended. Death, of course, always symbolizes the end of a cycle and the opportunity for a new one. However, when you’re lucky enough to see the dandy blooms of the earliest flowers you’re receiving a message that the new cycles beginning in your life will be—like the flowers—absolutely beautiful no matter how harsh the conditions are.

Snow conveys a message of slow and steady progress. So, this is a message for those of you out there with big tasks ahead of them. Remember that every journey begins with a single step. And by that same token, every journey is completed with continued and consistent steps.

As such, if you are feeling overwhelmed by a time-consuming task ahead, the blanket of snow comes to show you something very important. The snow conveys the message that, one flake at a time, it’s possible to cover the whole world. So, keep on adding your unique and beautiful snowflakes to the task at hand. Because, one day, you’ll be able to stand back at your marvelous and beautiful creation.

According to the Norse tradition, Fimbulwinter (Fimbulvetr), is the harbinger of the end of the world.

Fimbulwinter translates to something like “great winter”. Fimbulwinter is three dreadful winters in a row, without a summer in between to break up the harsh weather. Also, during Fimbulwinter, the brutal snow comes lashing in from all directions.