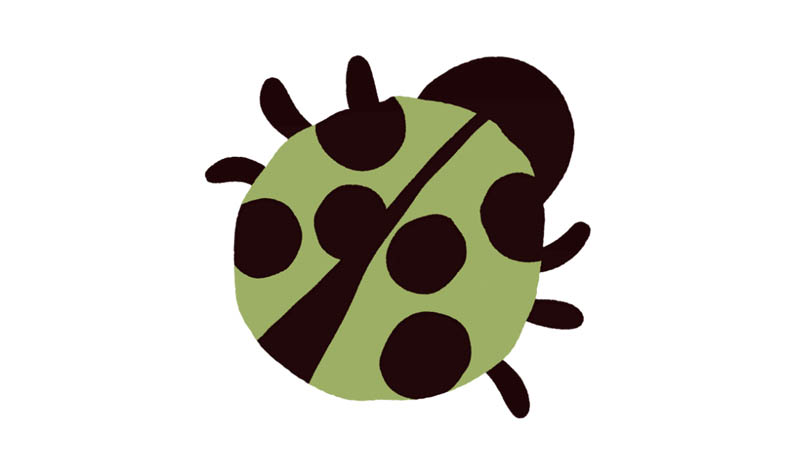 It might disappoint you to find out, but green ladybugs aren’t ladybugs at all! In fact, they’re called cucumber beetles. Their scientific name is Diabrotica undecimpunctata. They are related to ladybugs in that they are part of the same order, “Coleoptera”. Biologists categorize a creature’s relationship to other creatures with a number of tiers. The same species is the closest relationship, then the same genus is kind of like being cousins. Real ladybugs and cucumber beetles have three tiers of difference between them.

When you’re used to seeing red ladybugs, it’s only natural that a green one would really catch your eye. So, the fact that a green ladybug caught your attention could be why it feels significant to you—that is, maybe it feels like a message from the other side? But, to really understand the spiritual and symbolic meaning of a green ladybug, first it’s a good idea to understand the general symbolism associated with good, old red ladybugs!

Standard ladybugs (aka ladybirds, lady beetles) are often seen as symbols of prosperity. This link to prosperity, though, comes from their red coloration. This is mainly because, in China and cultures influenced by China, the color red is strongly associated with good fortune of all kinds. But, especially good fortune in regards to material wealth and prosperity. So, when you see a regular, i.e. red, ladybug you can take it as an omen that your financial position will improve.

Spiritual Meaning of the Color Green

We’re not here to talk too much about red ladybugs, though. Instead, we’re here to talk about the so-called green ladybug, i.e. the cucumber beetle. What makes the symbolism of the green ladybug so significant, is that it’s colored green!

So, what does the color green mean in isolation? Well, green, above all else, stands for nature. We especially associate green with the purity of nature, it’s a sort of “cleanness” and “pureness” that is without corruption from human industrialism. That’s why, when a business or activity is considered “green” what we actually mean is that it is friendly towards the environment (or, at least, we see it as friendly to the environment)

Spiritual Meaning of a Green Ladybug

So, the typical meaning of a ladybug is to do with prosperity, especially financial prosperity. So, naturally, a green ladybug is all about the prosperity of the natural world. Green ladybugs are linked to Mother Nature’s boundless abundance. Therefore, to see a green ladybug is a good omen if you work in a career that is related to crop yields or involves nature in any way.

Green ladybugs are also powerful fertility omens. Since green ladybugs represent Mother Nature’s limitless abundance, that means they also represent the natural abundance of humans too. That is, it could well be there will be a new pregnancy in your family soon. Get ready!

Is a Green Ladybug a Good Omen or a Bad Omen?

Overall, a green ladybug is definitely a good omen.

There are so many positive angles to this omen. A green ladybug stands for the abundance of nature—of course, that’s good! So, that makes them the perfect omen for the farmers of the world. Additionally, green ladybugs represent fertility. Typically we see incoming pregnancies as a very good thing. Even if they weren’t expected, a new life in the family is always cause for celebration.