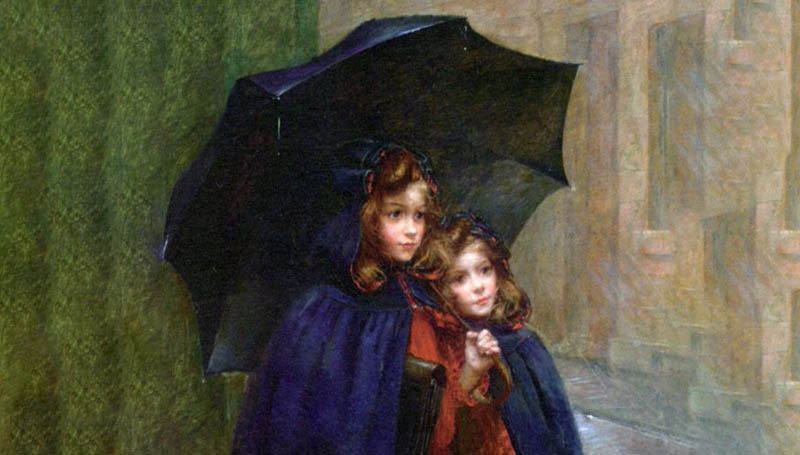 Umbrellas Protect Us From The Rain – But Do They Offer Spiritual Protection?

Rainy days can be a real pain in the backside, can’t they? Luckily though, when it rains, we have protection! We have umbrellas. So, it comes as no surprise that umbrellas are symbols of protection from rain. And in being protection from rain, they are protection from water. This is significant because, spiritually speaking, water is an important element. Water stands for emotion, especially powerful moving emotions.

Therefore, we can see that the umbrella is a protection against emotions. Of course, we can take that simply say that an umbrella is a message that we will protected from the gloomy feelings of depression. However, it’s more than that. Because the umbrella not only symbolizes protection from emotions, it also stands for protection from the results of emotions. We’ve all been there, we’ve let our emotions get the better of us and something we don’t like has happened. But, the umbrella doesn’t just protect you from the negative impact of your own emotions, it also protects you from the negative impact of other people’s emotions, too.

But that’s not where the protection ends. Umbrellas also symbolize protection from authority. Here are some examples:

This representation comes from the intended purpose of the umbrella, i.e. that it protects you from things from above. Not everybody sees their boss at work or teachers at school as “above” them, though. So, this is more of a personal reflection opportunity than a broad symbolism. So, if you think you’ve spotted an umbrella and see a spiritual or prophetic message there, maybe you should reflect on the people in your life that you perceive to have power over you.

Black Is A Powerfully Symbolic Color

It goes without saying, but black is a very, very, very symbolic color. We use it to represent sorrow and mournfulness following a bereavement. We also use it as a color of power and authority. Think about it, the whole concept of government agents dressed in black. They choose to wear black, drive black cars, and use black colors in their various motifs because it communicates absolute power and authority. Black is a color that feels as though it cannot be challenged.

Therefore, a black umbrella carries that meaning. The FBI agents in the movies, when it’s raining, always have black umbrellas. Agent Mulder sure was dreamy, wasn’t he? But anyway, back on topic. Sure, it’s true that they choose a black umbrella because it’s professional. After all, can you imagine a special agent showing up to the scene of an unfortunate crime with a rainbow umbrella covered in kittens and unicorns? Of course not, it just wouldn’t do.

As such, seeing a black umbrella is certainly an omen regarding powerful people and powerful institutions. However, it comes as a complicated message that reminds us of our interconnectedness and dependence on power structures. While we might not want to accept it, sometimes (if infrequently) those with excessive power over us can do right by us.

A black umbrella is a very mixed omen, indeed. This is because it both stands as a symbol for powerful forces (via its black coloration), while at the same time coming in the form of a protection against powerful forces (its umbrella physical form). So, applying a “good” or “bad” label to this omen is, ultimately, impossible. Instead, it represents an opportunity for us to reflect on our relationship with powerful forces and where we find ourselves amongst them.

Why You Dream Of A Black Umbrella

Dream meaning of a black umbrella—it’s more-or-less the same as seeing a black umbrella in the waking world. Again, it indicates a complicated relationship with powerful forces. It could be something as simple as a challenge with a troublesome manager at work. Alternatively, it could be to do with issues with higher forces in authority.