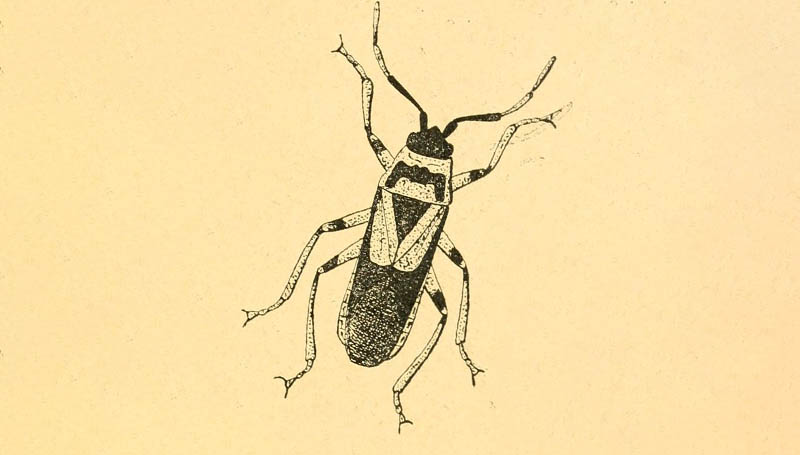 The elm seed bug, it can really show up in big numbers given the right triggers. So, it’s only natural to ask questions about the omens or spiritual meaning associated with a critter that invades your space on Biblical levels. Elm seed bugs have been known to explode in such numbers that they leave their natural home—elm trees—and instead they invade our homes.

So, what to learn about the spiritual and symbolic meaning of the elm bug? Also, what omens are associated with this insect? Read on to find out.

It’s always uncomfortable to label something as a bad omen. This is because doing so ignores the complexity and nuance of any particular experience, thing, or being. In this example, the elm seed bug could be seen as a bad omen. This is because it brings a message to us that time is running out. However, what is time running out on? That is more difficult to glean. Time could be running out on something bad, after all.

So, ultimately, the elm seed bug is a mixed omen. It requires input from your intuition and, perhaps, time meditating to understand what it really means.

The most eye-catching feature of the elm seed bug is the hourglass pattern on its back. In fact, spotting that pattern will help you identify the species and avoid confusing it with other bugs. The elm seed bug is often mixed up with the boxelder bug.

So, what does the hourglass on this bug’s back represent? The hourglass can be a haunting motif. It is typically used to indicate that time is running out! In fact, pirates often flew the hourglass flag as a way of frightening their victims—it was a way of saying, “Watch out! Because you’re time’s up!”

The elm seed bug’s hourglass is no different. It lets you know that time is running out. It doesn’t necessarily mean that the grim reaper is actively stalking you. Instead, it means that perhaps a window of opportunity is narrowing. If there are any time sensitive goals you want to achieve in your life, the elm seed bug arrives to hurry you along in going after those objectives.

It doesn’t have to be anything scary or dramatic, though. It could be something as mundane as missing out on the right time of year to plant daffodil bulbs! On the other hand, it could be more serious—don’t waste time on applying for that dream job of yours. They could close applications early because they find such a good candidate.

Triangles and the Number Three

The hourglass isn’t the only shape on an elm seed bug’s back. It also has a triangle on its back. Even more so than the hourglass, the triangle is a very symbolic shape. Triangles are symbols of rigidity and strength. Additionally, they represent secret knowledge. They also represent the direction of that knowledge and subsequent natural power. They represent that power being directed because the triangle can be used to point in a particular direction.

The triangle—having three sides and three points—is connected to the number three. Specifically, though, it represents trinities. This is because the three sides of the triangle (and the three points) are connected. So, think about three things that are connected. Christians might immediately think of the Father, the Son and the Holy Ghost. But, that isn’t all, there are also trinities like mind, body and soul. Furthermore, think of the past, the present, and the future—the three facets of time.

So, the elm seed bug brings the importance of the triangle symbol into your life. How to interpret this is challenging because the triangle symbolizes so much. It is advisable to (always) take on the message of strength and knowledge and directing that, like a triangle, in the direction of your aspirations (manifestations). So, think about what you want, remembering the hourglass, and then go for it.

The message of trinities is less universally applicable. Therefore, offering general advice is difficult. Follow your intuition on this one: are there any trios of people or things in your life that require attention? That’s something that you’ll just know.