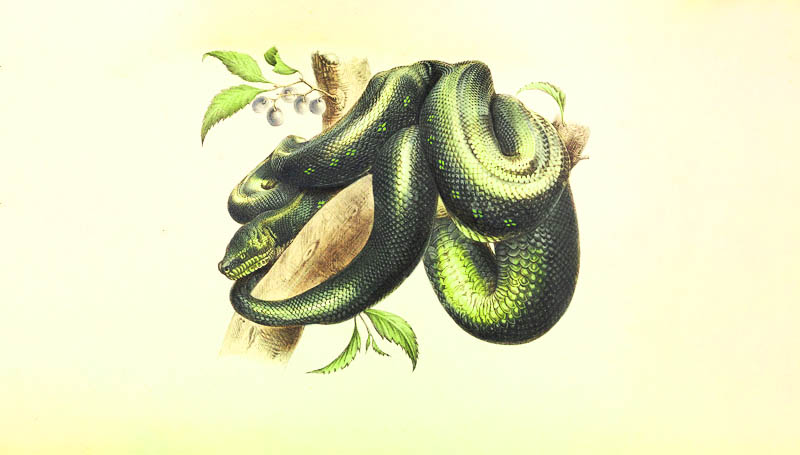 What omens are associated with seeing a dead snake? Also, what spiritual meaning does a dead snake convey?

It’s understandable to extract signs and omens from the things we see around us. There’s something in us, i.e. our intuition, that makes us feel the significance of a certain experience. The sighting of a dead snake, though, is something that is, of course, going to raise your curiosity. As such, in this article we’re going to cover the spiritual significance and any possible omens associated with dead snakes.

Dead Snake and Where to Begin?

In life, snakes represent so many things. Before we can begin to understand the meaning of a dead snake, it’s important to at least lay some quick foundations for general snake symbolism. Here’s a quick list to give you some entry level knowledge:

Dead Snake and Where to End?

For those of you with an interest in tarot, you might be familiar with the concept or upright or inverted cards. So, when a card is pulled from the deck and it presents in an upright orientation, it conveys its standard meaning. However, when a tarot card presents upside down, then the meaning is read by some as “inverted”. Now, it’s easy to think, “Well, does that just mean the card stands for the opposite?” and this is sort of true, but it’s more complicated than that.

So, with a dead snake, we can reference the list of representations above, and reflect on the ending of cycles associated with those representations.

Is a Dead Snake a Good Omen or a Bad Omen?

It is difficult, understandably, to present a dead animal as a good omen rather than a bad omen. Naturally, we see death as an inherently bad omen. However, it’s important to remember that death foretells the end of a cycle, not necessarily (or even commonly) an actual death in your immediate circle. As such, it’s not necessary to worry too much if you do see a dead snake.

A Dead Snake: Ending the Ouroboros

Seeing snakes or serpents in the real world is a reminder of the ancient concept of the ouroboros. Therefore, a dead snake can be taken as an end of the never-ending cycle. It’s a contradiction in terms. Therefore, instead, it’s better to take a dead snake as an indicator of what point you are at in the cycle—i.e. you’re at the end of something in your life. It doesn’t necessarily have to mean that a life is ending, but rather a repeating cycle is at the end part of that repeating cycle.

How do you take this advice and act upon it? It’s difficult to offer general advice of that nature. However, it is something you might already know about. Perhaps you’re in a challenging relationship that endures difficult cycles. Alternatively, perhaps you’re in the downturn of your financial situation, know that ultimately it will pick up again (like it always does).

Sexual Desire and a Dead Snake

The snake—for obvious reasons, ahem—is a representation of sexual desire. So, to see a dead snake, is quite a simple omen. It predicts the end of passion in a relationship. That doesn’t necessarily mean the relationship will end, but just that carnal interest may begin to wane. While this might be a bummer if you’re into that, it’s important to remember that not all ends last forever. On the contrary, the end of one cycle leaves space for a new cycle to begin. As such, your love life might return with renewed vigor.

Snakes are known to be sneaky. This reputation is probably deserved. After all, they slither up to their prey and then lunge at them with deadly intent. As such, to see a living snake can be an omen that somebody is currently lying to you, or will lie to you in the future. Additionally, it could indicate other forms of trickery or deception in your life. While paranoid thoughts should not be encouraged, instinct and logic should be combined with careful reflection and advice from trusted friends. With the proper consideration, you can cast light on things somebody didn’t want you to know about.

But, that’s for a living snake, remember. A dead snake comes as an omen that somebody’s trickery, lies, and deceit has come to an end. Whether their attempts to manipulate or deceive you were successful or not may never be known. But, the dead snake’s omen endures regardless—you are leaving behind anxious times were trusting people was difficult, and now you are coming to a point in your life where you can count on and value the honesty on your inner circle.

Snakes are famous for coiling up and striking back! They are known as profound defenders, this is because snakes will often stand their ground and choose fight rather than flight. So, naturally, over time snakes have emerged as undeniable symbols of defense.

To dream of a dead snake carries all the same spiritual and prophetic meanings of seeing one in real life. However, to dream of something conveys a little extra. For example, to dream of something means that the topic relates to your deepest emotions. Therefore, with the dead snake, it could be that subconsciously you know that a time of distrust is over, or perhaps passion in a relationship is ending but you aren’t ready to accept that yet, maybe it could be a fight you didn’t even know you were fighting is over.

Also, dreams are considered by some to be messages from the other side. So, all of the above—the end of distrust, the end of passion in a relationship, or the end of defense—is being communicated to you by another via your dreams.