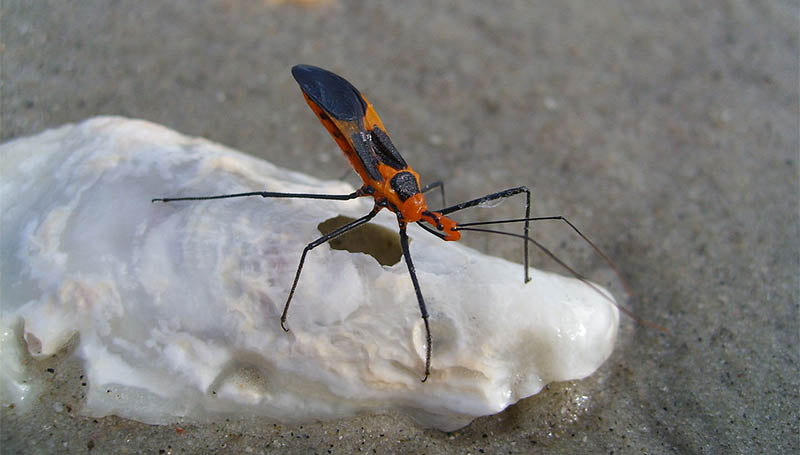 You’re immediately forgiven for being curious about the spiritual meaning of the milkweed assassin bug. That’s because they’re such eye-catching critters. So, naturally, you must be wondering if they convey any messages? Well, because of their ruthless habits and striking appearance, they provide us with quite a bit to think about.

First and foremost, milkweed assassins are strongly associated with death. This is because, as their name suggests, they are effective assassins. In a similar way to spiders, they prey on insects and liquefy their innards before sucking out the nutritious goop.

So, the sighting of a milkweed assassin could be a forewarning of death. But, when it comes to spirituality and symbolism, death isn’t necessarily literal. For example, a tarot reader will tell the same thing—the death card doesn’t mean you or a loved one is going to die soon. Rather, it means that an end of some sort is coming. Therefore, you can read the same message from the appearance of a milkweed assassin bug—it’s time for an old habit, problem, or cycle to end.

Another reassuring thing to remember when we encounter symbols and messages of death is that after something has ended, something new grows in its place.

All predators in the animal kingdom are, of course, linked to death. But, it’s important to remember that they are seen in some cultures as a divine link between the world of the living and the world of the dead.

A major positive association with the sighting of a milkweed assassin is that of abundance. They are, in particular, a powerful sign of an abundance of food.

This is because they are quite a useful bug to have around for a farmer. If you’re trying to grow food, then you’ll be happy to see the milkweed assassin because it preys on other critters that might eat your crop—caterpillars for example.