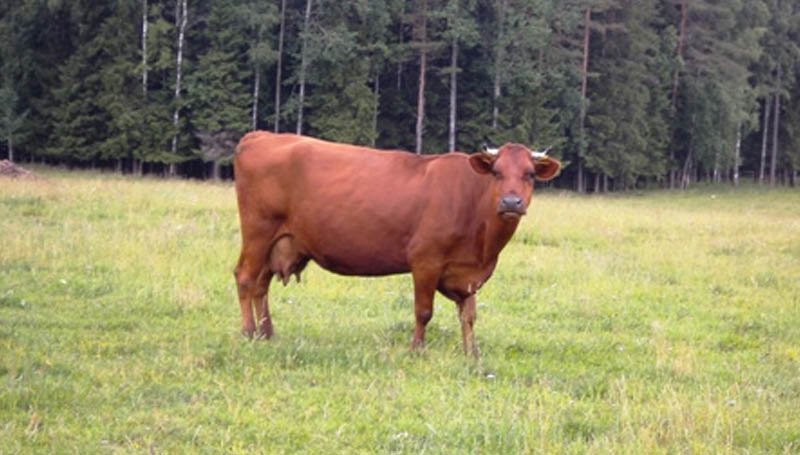 Brown cows – let’s learn about their spiritual and metaphysical meanings! Additionally, we look at the folklore and cultural significance of brown cows. But that’s not all—also considered: omens and prophetic meanings will also be discussed. And, lastly, we’ll take a quick snooze and discus the meaning of brown cows when seen in dreams.

Cows are such symbolic beings. This is because, in much of the world, people are dependent on them. Not only for meat, but also for milk. And, don’t forget, cows have been in the past (and still are today) important draft animals. A draft animal is used to haul a load or to pull farm equipment. So, it won’t take long to see that cows are symbols of life, abundance, hard work, and strength.

Sure, all cows symbolize abundance, fertility, diligence, and strength. But, how about brown cows specifically?

Well, in terms of spirituality, brown is—like all colors—full of symbolize and meaning. For example, brown is associated with the earth. And, because of this connection with the earth, it connects and relates to life, growth, vigor, and the power of Mother Earth.

A link with the earth isn’t the only significant meaning of the color brown though. It’s also a symbol of dignified simplicity, humility without subservience, and also calmness.

Lastly, we think of safety and security when we see the color brown. Brown is, overall, a very positive color.

So, now that we know the color brown is linked with Mother Earth (Gaia in Greek tradition), how do we apply that to a brown cow? Well, quite easily. This is because Gaia, according to Ancient Greek beliefs, is the earth personified, i.e. she is the mother of all things. Cows are also associated with motherhood and fertility. So, to see a brown cow and feel a significance (i.e. a message) is to receive a particularly strong symbol of motherhood.

Brown and a Connection With the Earth

It isn’t just the association with Mother Earth, brown cows are strong symbols of the ground itself independent of a link with Gaia. This is because the earth, the dirt, the soil, the mulch, the compost… everything about the ground is brown. Also, cows have an inherent connection with the dirt no matter what color they are because they are grazers, i.e. they eat grass down close to the ground.

So, what meaning can we take from this? Well, again, it is a symbol of abundance. Specifically, it is the abundance of growth and the food the earth gives us. Furthermore, a brown cow can be a symbol of grounding. Are you feeling ungrounded lately? Then, the brown cow can come to you as a message to unblock your root chakra.

To learn more about unblocking your root chakra check out our guide here.

Brown cows are linked to crop growth and convey a general message to be grounded. So, naturally, we can take a message from that—it’s time to bust out the gardening gloves and get a compost heap going! Do some gardening! There are few experiences as grounding, life affirming, and generally rewarding as growing and eating your own food.

As previously mentioned, we think of the color brown as a symbolism of strength. But, not just any old kind of strength. Rather, brown symbolizes earthly, healthy, natural, and calming strength. So, we can extend that meaning to brown cows. Not only can we extend it, we can also combine it with a cow’s own status as a symbol of physical and spiritual strength. Therefore, when combined, those two meanings come together to convey a very significant message of strength.

How to apply this meaning to your current context, though, will require reflection. Meditate on nature’s strength and what that means to you. Ask questions relating to how you can live a stronger life. But, not just generally strong, naturally strong!

What Does it Mean to Dream of a Brown Cow?

Dreaming of cows is quite significant. Especially for those of us raised with stories from the Bible. Remember, the pharaoh dreamed of fat and skinny cows. This was, of course, related to abundance. Or, rather, a prophecy of a lack thereof.

So, when you dream of a brown cow, the meaning of abundance is amplified because of a brown cow’s increased association with crop growth and the earth itself. Do you feel secure in your finances and, therefore, food supply? Are you worried about the future?

Additionally, it’s important to remember with dream interpretation that the meaning of a dream is always a personal matter. Of course, we share experiences and have broad understandings across our own and even other cultures. But, if you’re afraid of cows and you dream of cows then you can classify the dream as a nightmare! Whereas, if you’re a fan of cows and find them comforting, then, of course, the meaning changes.

Cows Are Sacred to Hindus

Everybody knows cows are sacred to Hindus, right? Let’s talk about why!

To Hindus, the cow is a sacred symbol of life. Hindus associate cows with life itself because the cow is associated with Aditi who is the mother of all gods. Therefore, it is taboo for a cow to be harmed at all. And killing a cow, especially to eat it, is considered totally heinous.

While eating a cow’s meat is totally forbidden, Hindus are welcoming and grateful to the cow for its other gifts: milk, cheese, and butter. In fact, they also use cow dung and urine for fuel and in rituals. This is why the cow is seen as generous: it gives to us more than it takes. So, the least we can do is care for and revere the cow in return for its boundless generosity.

Another religious group that originated in India also reverses the cow – Buddhists.

Although, it’s a little bit different with Buddhists. This is because, generally speaking, they value all life and prohibit causing harm to any living creature. However, the cow does have a special place among animals because, according to some texts, to care for a cow is akin to caring for all animals.

Judaism and Christianity – the Red Heifer

In the Hebrew Bible, there is the story of the “Red Heifer”. A heifer is a name for a young cow. Jews and some Christians believe that the birth of a red cow is an omen. Following the birth of the prophesized red heifer, they will be free to reconstruct the Third Temple atop the Temple Mount of Jerusalem.

Glas Gaibhnenn and the Celts

And, not to be left out, the Celts also have beliefs linked to cows.

We can’t talk about brown cows without giving a special mention to the phrase “how now brown cow?”

This phrase entered common usage in the 1920s. It was used as a tool to teach children elocution. The phrase is especially interesting because it uses an outdated greeting. Once upon a time, “how now” was used as a greeting. So, “how now brown cow” is a dandy way of asking a brown cow how she’s doing.