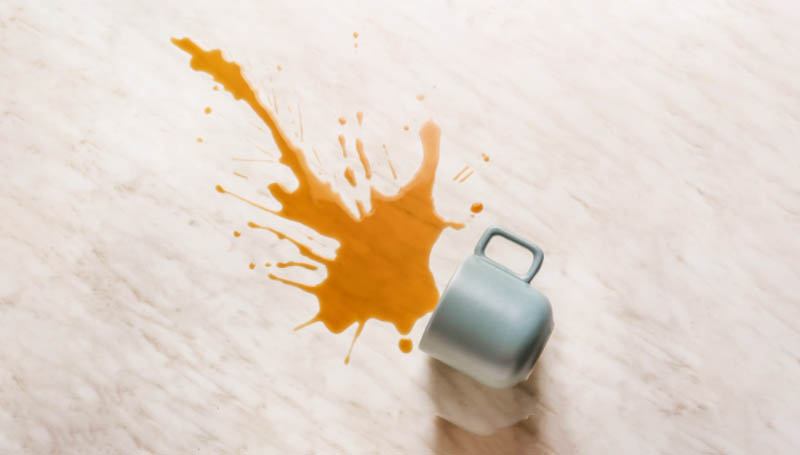 What are the spiritual meanings, superstitions, traditions, and omens around spilling a drink?

It’s a very interesting question and it has lots of different spiritual, symbolic, and traditional beliefs associated with it. The meaning of spilling of a drink, though, can vary quite a bit depending on what was spilled, where it was spilled, and how it was spilled. For example, spilling a glass of water accidentally versus pouring out some alcohol from a bottle deliberately have two very different and very distinct meanings.

In this article, we’re going to cover the meaning of spilled drinks in several different contexts. Doing this will give us a more complete understanding of the symbols, omens, and messages conveyed by a spilled a drink.

Let’s start with one of the most well known traditions: pouring a drink out for a lost loved one.

This tradition is truly an ancient one, with its roots going all the way back to Ancient Egypt. The Ancient Egyptians, just like we do today, would pour a drink out onto the ground in honor of the dead.

The tradition of pouring out a drink is also referenced in the Bible. Genesis 35:14, “Jacob set up a pillar in the place where he had spoken with Him, even a pillar of stone. He poured out a drink offering on it and poured oil on it.” Of course, in the case of the Bible, the offering was for God rather than for a lost loved one. Nevertheless, a similar practice.

What Does it Mean if I Keep Knocking Drinks Over?

Accidentally knocking over a drink conveys a different meaning to deliberately pouring out a drink. Also, the meaning of an accidentally spilled drink differs based on what the drink was.

First of all, let’s look at water. What’s the spiritual meaning of spilling a glass of water? Well, to understand that, we have to understand what water itself represents. Water stands for our emotions. Think of the flowing river or the roiling ocean—the water the water is strong and in motion, is the same way our emotions can feel and can manifest change. So, therefore, a spilled glass of water represents the spilling of emotions.

If you keep spilling glasses of water, it could well be that there is something important on your mind that you should really get off your chest. Therefore, you could take the constant spilling of water as a message to find a loved one or friend to share your concerns with. Perhaps, together, you will be able to solve the underlying issues.

Also, it could be a message that somebody around you has a deep concern and that they might benefit from talking about it with you. As such, always be aware of the moods and emotions of people around you. Consider asking friends and family how they are feeling lately, and if they have any underlying concerns that you might be able to help with.

Spilling of Other Drinks Meanings

Different spilled drinks have different meanings. For example, above we discussed the deliberate pouring out of alcohol.

However, this isn’t the only meaning of spilled wine. Spilled wine is often used as a metaphor for the loss of virginity. You might have noticed this imagery being used in movies or TV shows.

Meaning of Spilling a Drink on the Floor

Spilling a drink on the floor rather than on yourself or on a surface also has its own specific meaning.

Drinks are considerable symbols of abundance, joy, and emotions. Therefore, to spill one onto the floor is an omen or a symbol of three different things.

Firstly, a spilled drink represents, quite obviously, wastage. But, it’s not necessarily about literal waste. Instead, a spilled drink represents a lost opportunity or wasted potential. This is specifically relating to two types of potential, though. A drink spilled on the floor stands for wasted emotional and social potential. It could signify that a friendship or relationship has been lost or is at risk of being lost.

Secondly, a drink spilled on the floor represents spilled emotions. However, if the drink is spilled on the floor rather than, for example, a countertop or table, then it symbolizes spilled emotions that cannot be recovered. Think about it, sometimes when an emotion is released, there is no putting it back inside. So, when you spill a drink on the floor, it can stand for a difficult emotion coming to the surface that might result in a significant change in your life.

Meaning of Spilling a Drink on Somebody Else

Spilling a drink on somebody else can be quite an embarrassing experience, can’t it? This is especially true if you spill red wine on somebody and, essentially, ruin that item of clothing with a stain that will probably never come out.

Well, don’t feel too embarrassed about it though because to spill a drink on somebody isn’t bad at all in terms of spirituality and symbolism. To spill a drink on somebody is to create an emotional connection between you and that person. It could well be that the spilled drink comes as a message to engage more with that person and to share a mutual exchange of emotions.

Is a Spilled Drink a Good Omen or a Bad Omen?

Dream Meaning of Spilling a Drink

It goes without saying, but dream meanings are very specific to the person. After all, think about it. If you have a fear of clowns, and dream of a clown, then that is a nightmare and has a different meaning to you than to somebody who likes clowns. However, that’s if we’re talking psychologically.

When it comes to spirituality, though, the meaning ascribed can be broader. For example, many see the dream world as a connecting point for us and other souls in other places. Those places could be the next life, for example. Alternatively, a contemporary may reach out to you on the astral via a dream.

So, what does it mean to spill a drink in a dream? Well, the meaning generally remains the same. Overall, the representation relates to spilled emotions. However, when it comes in a dream, it can be a message that somebody else wants to connect with you and mutually share emotions.