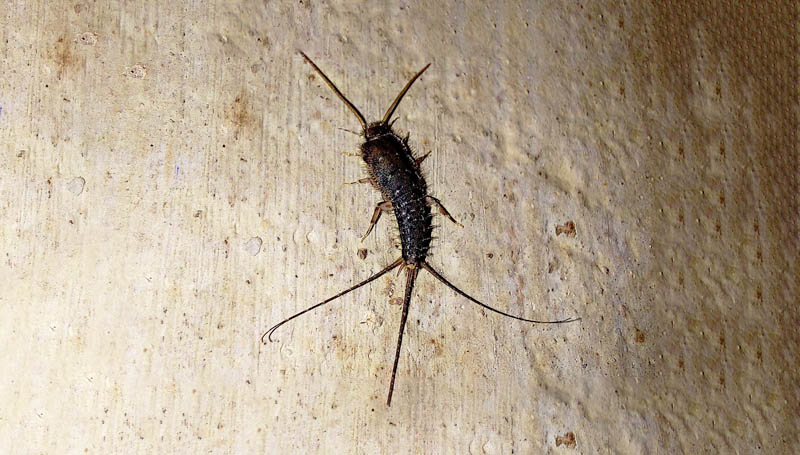 Silverfish can give you a fright when they dart across the bathroom floor, can’t they? An encounter with a silverfish certainly can be profound. As such, you might be wondering what omens the silverfish conveys. We’ll also be looking at the silverfish’s broader spiritual meaning along with its general symbolism and what it means to dream about a silverfish.

What the Heck Are Silverfish Anyway?!

Before we worry too much about the spiritual meanings associated with silverfish, we should probably establish what the heck they are. Well, it might surprise you to learn that they’re insects which means they’re more closely related to things like ladybugs and beetles than they are centipedes. They’re a primitive insect though. This means that they evolved early and retained features more akin to the early insects. For example, silverfish don’t have wings whereas most insects do. And Dr. Atkins wouldn’t be a fan of their diets—they love eat carbs! So, don’t be surprised if you find them in a box of your cheerios.

Are Silverfish a Good Omen?

Yes, in some ways silverfish are very good omens indeed. The silverfish foretells the release of information and knowledge to you. This is especially true of secrets. Whether the revealing of secrets is good or bad really depends though, doesn’t it? Silverfish also represent the ability to overcome your foes with agility, speed, and mental acuity.

Are Silverfish a Bad Omen?

Unfortunately, yes, sometimes silverfish can predict things that you might feel are negative. For example, the main omen associated with silverfish is a period of leanness. That is especially true when it comes to food. However, this insect also exhibits and conveys the toughness to overcome any periods of scarceness.

Silverfish are a profound symbol of knowledge. This is because they can often be found hiding inside old books. Typically they are consuming the glue that binds the book together. As such, this wriggly little insect can also symbolize the breaking of the bonds and structure of knowledge. This is especially true when it comes to the arcane—they like to crack open old secrets and leave the pages falling all over the floor.

So, what can you take from this message? Well, if you are the keeper of old and esoteric knowledge then it’s important to remember to share that wisdom. Perhaps you should write a website documenting something that could be forgotten otherwise. It doesn’t have to be something that feels “important” because you never know what is important to who. It could be something as simple as digitizing and uploading your old family photos and recording down some of the stories your grandparents told you about the old days.

Nighttime and the Moon

The message of secrets is further amplified by the silverfish’s association with the moon. After all, this a nocturnal insect. Add to this its silvery—moon-like—coloration, and its association with the moon becomes clear. The moon isn’t necessarily about secrets per se, but rather it is about deep feelings that may be consciously kept secret or unconsciously ignored. Regardless, the sudden sighting of a silverfish can be an omen for a secret of some sort coming into the light.

What action can be recommended? Well, you don’t necessarily need to act on this omen. But, it could be a signal to reflect. If you are keeping secrets, it might be time to reveal them. However, be careful because some secrets are better kept—ask the question, would revealing information help you and others? If not, then be cautious. Additionally, if you suspect you are subconsciously ignoring something important, then spend time meditating and reflecting. The silverfish could be an omen that you will finally unearth something deep in your mind that has been affecting you deeply.

The silverfish is a fast little blighter. They dart when we reveal them, don’t they? So, it makes sense that they stand for quickness. Yes, it’s true that they symbolize literal, physical speed. However, they are better symbols of a quick mind, i.e. wit, intellect, humor, etc. This association stems from the silverfish’s penchant for hanging around libraries and bookstores, literally consuming the knowledge of the books within.

How does the silverfish put its intellect and speed to use? Well, it’s able to get out of just about any situation. You see, the silverfish is coated in scales. When trapped by a predator, it sheds these scales allowing it to slip away. As such, the silverfish tells you to be quick, agile and clever in escaping your enemies. Sometimes when you’re faced with a choice between fight or flight… be like the silverfish, choose flight.

Silverfish are omens of a coming food shortage. However, don’t fret too much. It’s true that a food shortage isn’t necessarily the best omen. But, the silverfish represents the ability to not only survive tough times, but to actually thrive. So, even if resources might be short, remember that you can still get by, you’ll be okay, in fact you might just find success against all odds.

Silverfish in the Bathroom Meaning

The bathroom is where water flowers. Water represents emotions. This meaning synergizes well with the silverfish’s connection to the moon, both are about deep and powerful emotions. While the moon represents deep, thoughtful and often hidden emotions, water stands for powerful and forceful emotions. Also, don’t forget, the silverfish itself is also associated with secrets. As such, seeing a silverfish in your bathroom can be a substantial omen that strong, forceful emotions are going to come to the fore soon.

Figuring out personal dream meanings is inherently challenging. Mostly because, in terms of psychology anyway, the meaning of a dream will be unique to the individual experiencing it. Who that person is and how they feel about the topic in question really affects the meaning of the dream. In this example, if silverfish kinda spook you out, then the meaning of the dream could be quite negative—i.e. it could be more of a stress nightmare. So, the psychological analysis is best left to your therapist!

Having said that though, there is a wealth of spiritual and metaphysical meaning associated with a silverfish dream. Because silverfish are so strongly associated with the moon, knowledge, and secrets. A dream about silverfish is certainly an omen of very well hidden, deep, secret feelings and emotions. They could be your own, or they could belong to another. That’s for you to figure out.