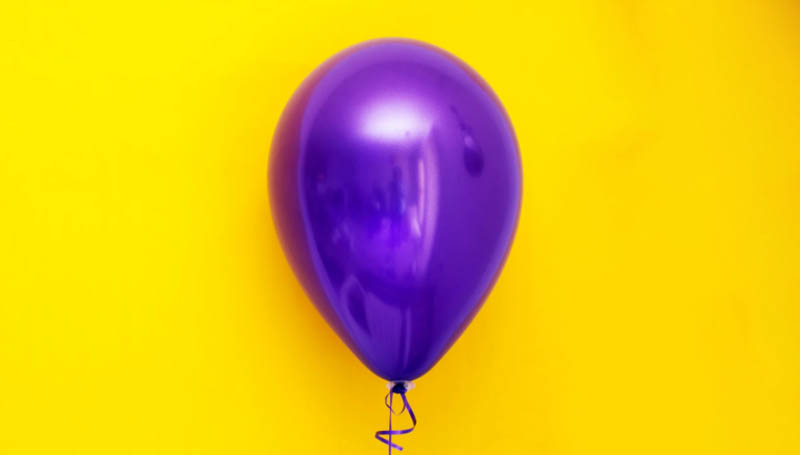 What Do Balloons Represent?

Balloons, they convey so much meaning.

Balloons symbolize our hopes, dreams, and aspirations. The reason for this association is that when we fill balloons with helium they float upwards into the sky. The upward motion of helium-filled balloons is symbolic, it represents our dreams rising up and beyond. Also, as balloons travel up, they mimic our prayers—sent from the earth below to the heavens above.

Additionally, you can’t think of balloons without thinking of parties. Whenever we have a celebration, especially birthday parties, we often use balloons as a way of decorating the party’s venue. It isn’t only birthdays, though. Another good example is political rallies and conventions. Often at the end of a political convention, balloons will be released from above and then will float down as the politicians celebrate their success.

The Power Of The Color Purple

Purple is a wonderful color. After all, Prince was obsessed with it, right? Purple Rain! What a song.

Anyway, not to lose focus! So, what’s the spiritual meaning of the color purple?

Well, purple represents wisdom. Also, it is especially associated with arcane knowledge. As such, this has resulted in the color purple being associated with witches, wizards, and warlocks. It is said that a home with a front door painted purple is actually the home of a witch!

In addition to representing knowledge, purple also stands for royalty, luxury, and grandeur.

Spiritual Meaning of a Purple Balloon

A purple balloon symbolizes the arcane knowledge required, and even the magic required, to make your dreams come true. This omen is double-faceted.

First of all, focus on the arcane nature of the color purple. This means that your dreams can come true in a way that seems almost magical. There’s more to it, though. Because of purple’s association with wisdom, then wisdom will be the key to achieving your goals. So, if you’re chasing an improvement in your career or financial standing, then be sure to put your wisdom to use to achieve that goal. In fact, you might even be lacking knowledge—that’s no big deal, all the information you need to succeed is online and, if you look hard enough, it’s free!

The second core meaning of a purple balloon focuses on its symbolism of freedom. So, any goals you might have regarding freedom and travel can be actualized with the right choices in the near future. So, if a purple balloon presents itself to you, then it could well be time to consider taking the road trip you’ve been putting off for years. Maybe it’s time to go out on your own, and get your own apartment in a new city with a new job.

Whatever choices you make, though, place wisdom at the core.

Is a Purple Balloon a Good Omen or a Bad Omen?

A purple balloon is a fantastic omen! It’s a message of freedom and liberty. More than that, though, a purple balloon stands for all the knowledge in the world. It symbolizes free and abundant wisdom. And it’s that wisdom that will set you free and on your way to attaining your goals. So, unlike lots of omens, there isn’t much a downside to this one!

Dream Meaning of a Purple Balloon