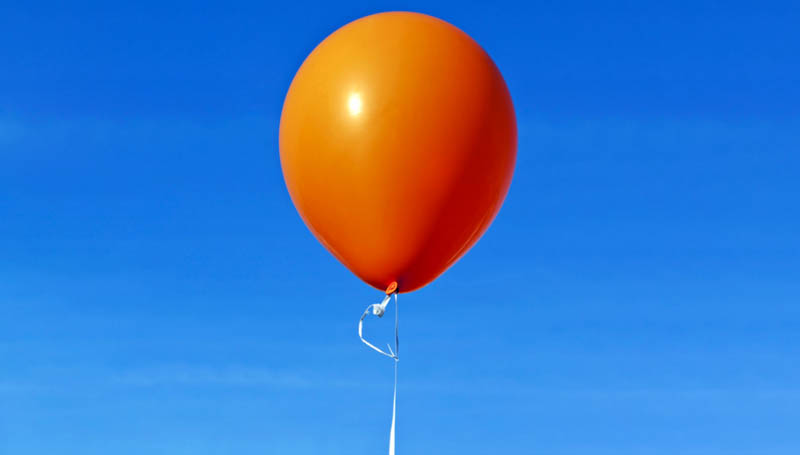 Spiritual and Symbolic Meaning of Balloons

Balloons come with a raft of spiritual and symbolic meaning, they represent so many things.

First of all, balloons are associated with our dreams and aspirations. This is because, when filled with helium at least, they float upwards. That upward travel represents our hopes and dreams rising up to a limitless potential. Additionally, the upward motion of balloons—towards the heavens, that is—simulates our prayers: we make them down below, and they rise up to the heavens where, we hope, they will be answered.

Balloons are also associated with celebration, for obvious reasons. When we have a birthday, especially, we tend to use balloons as a way of decorating the home or venue of a party. They aren’t only linked to birthday celebrations. For example, the non-helium type (i.e. they drop rather than float) are sometimes released from above at political rallies and conventions.

What Does the Color Orange Symbolize?

Orange is quite a showy color, vivid and lively. Also, we tend to think of it as a warm color—probably because that’s the color of fire. As such, orange might remind you of sitting next to a fire. Orange is color for outgoing people, it symbolizes extroversion quite well. Think about the fire association again, when you wear the color orange, you cast out energy the same way a fire casts out energy, i.e. heat.

Quick reference for the color orange and what it represents:

Spiritual Meaning of an Orange Balloon

First of all, orange balloons stand for the freedom to pursue social objectives in life. This means that, how it may manifest, you can expect to be freed from obligations or roadblocks that are preventing you from achieving your social goals. This could be to do with finding new friends, or spending more time with existing friends. This is more of an omen of platonic friendships, than romantic. However, romance cannot be ruled out when we’re talking about the color orange, which is, of course, the color of the sacral chakra.

Orange balloons also represent being freed from previous social obligations. But, not just any kind of freedom. The orange balloon represents you using your confidence to actively escape social obligations that other people might feel anchored down by. You can take an orange balloon omen as a potential message to spend time analyzing your current platonic connections and consider any action you may or may not need to take to improve your quality of life.

Is an Orange Balloon a Good Omen or a Bad Omen?

An orange balloon is a pretty good omen. Generally speaking, it represents very positive things. It’s an omen of freedom, combined with exuberant confidence in social situations. Although, one negative aspect, if you were to insist on finding one, would be that it could possibly be an omen that you could possibly move on from a previous connection. However, the orange balloon is an omen that that separation from an existing social situation will be a good and, most of all, empowering incident.

Dream Meaning of an Orange Balloon

When an orange balloon appears to you in a dream, the spiritual meaning is similar to the meaning if you would have seen the balloon in the waking world. To dream of an orange balloon can imply that a message has been sent across the astral plane directly to you. This message could be taken as deliberate and pointed. The message, though, remains the same—it is all about embodying an energy of social confidence. You are advised to be confident in all interactions with other people, and make good decisions using that confidence. If a loved one is sending you a message, it is that you deserve to be confident, no matter what company you find yourself in.