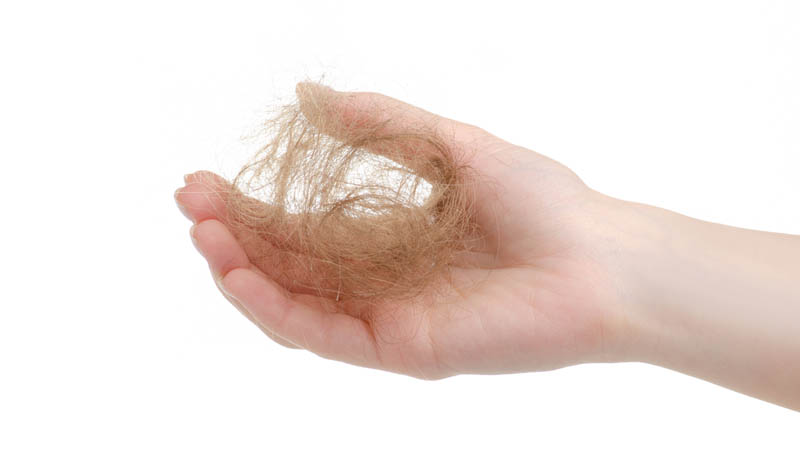 Finding hair everywhere could be, understandably, a bit disconcerting. Naturally, you might wonder if its your own hair—are you beginning to thin a bit up top? Don’t worry—we’re not going to sell you a hair loss product. We’re not here to do that. Ultimately, we don’t care where the hair is coming from.

Instead, we’re going to talk about what it means. After all, if you’re finding hair everywhere you go, then it’s perfectly understandable that you might consider it a synchronicity.

So, let’s scratch that itch! In this article we’re going to answer the question: what’s the spiritual meaning of finding hair everywhere?

If you’re looking for signs and symbols in the world around you, then one of the things you might look for is frequency. That is, how frequently you see something. In this case, if you keep seeing hair everywhere you go, then it’s reasonable to wonder if there is a spiritual message attached to those encounters.

Finding hair everywhere conveys a number of messages. Before we go into details on those, we have nice list of bullet points for quick and easy understanding. Finding hair represents the following symbols or spiritual messages:

As we continue, we’ll go into extra details on each of those points.

Hair is typically associated with strength, virility, and vigor. So, you might wonder, how could finding hair somewhere other than on one’s head be considered anything other than a bad omen? It follows logic: thick, healthy hair on somebody’s head represents strength. Therefore, hair removed from the head must mean the opposite.

In some cultures, finding hair is actually seen as a sign of good luck. It is believed that the hair represents strength and power regardless of whether it is or isn’t on a person’s head. Some believe that by finding hair everywhere, we are surely receiving a blessing of strength, power, and virility.

Hair as a Representation of Seduction

In many cultures around the world, hair is seen as a symbol of femininity and power—feminine power. Women can, of course, use their hair to attract attention and express their femininity. From the flowing locks of ancient Greek goddesses to the carefully styled coiffures of today, hair has always been a part of seduction. In many ways, hair is the ultimate accessory. It can be used to accentuate features, draw attention to certain areas, or even convey a message.

Finding hair everywhere, though, isn’t quite the same experience—finding a few hairs on the office floor and being captivated by somebody’s gorgeous locks are different matters entirely. Therefore, finding loose hairs around the place could be a message that the heat of a romantic relationship is beginning to cool. Take the hair omen as a pertinent message to consider re-engaging with your significant other in various intimate ways.

In the past, it was believed that witches could transform errant hairs into snakes. It was thought that this power was used for evil purposes—the snakes were used for biting, strangling, and even spying! However, it is also said that witches can use this power for good, such as using the snakes to protect people from harm.

Such beliefs are a little fanciful, of course. But, if you are finding lots of hair around the place, it could be an omen or spiritual message of snake-like behavior. Whether it’s fair or not, sadly, we associate snakes with lies. Finding hair everywhere can a sign to watch out for betrayal.

Betrayal can come in many forms. It can be something as seemingly innocuous as a friend gossiping about you behind your back. Or it can be something much more serious, like a romantic partner cheating on you. Consider your connections in life, romantic and otherwise—look for hints of disloyalty. However, it’s important not to imagine things that aren’t there. Use your intuition, but also use your intellect. And never forget to reach out to your support system of family and friends—depend on the people you trust the most.

If you doubt the spiritual significance of finding hair everywhere, all you have to do is look to the world’s religions. It won’t take long for you to realize that hair has long been a part of spiritual beliefs and practices.

For example, if you’re finding hair around the place in Tibet, then it could be the clippings from a monk’s head. This is because, famously so, Tibetan monks shave their heads. According to Headblade.com, Buddhist monks take the razor to their scalps as a way of renouncing their egos.

Buddhists aren’t the only ones with hair-related traditions. The Christian Bible contains a smidgen of contradictory advice—Ezekiel 44:2020 asserts that we mustn’t shave our heads, nor let our hair grow long. That is, we should keep our hair at a reasonable length and well-groomed. However, according to Leviticus 21:5, priests shouldn’t cut their hair at all!

Meanwhile, in Edo Japan, male priests were known to cut their hair in a particular fashion. “Sohatsu” was the name for the hairstyle in question. To a achieve this hairdo, the wearer does not cut their bangs. Instead, they’re allowed to grow long. Once long enough, the bangs are pulled back and used as part of a top bun.

Is it Lucky to Find Hair Everywhere?

Well, in the absence of well-established traditions, it’s wise to look at the general spiritual meaning of finding hair. Specifically, look at what hair represents, and consider whether those things are good or bad. As we discussed earlier, hair represents strength, vigor, and virility. So, it’s fair to imagine that, perhaps, the universe is sending you blessings of strength when you consistently find loose hair in your path.

So, let’s keep it positive and conclude that finding hair around the place is definitely good luck!

We’re fans of hair here at Symbols and Synchronicity—so much so that we’ve written about it before. One of our popular articles on the topic covers the spiritual meaning of knotted hair. That isn’t all, though. We’ve also talked about the symbolic meaning of scissors which are, of course, used to cut hair!