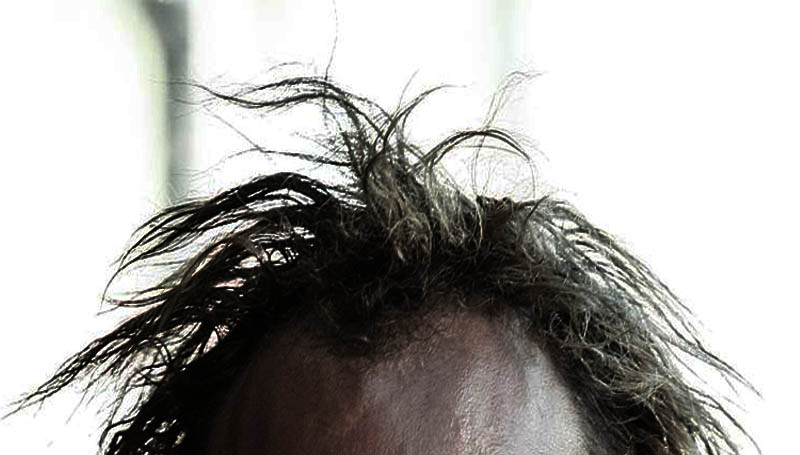 Knots in your hair? What does it mean? If you’ve woken up several mornings in a row with serious knots, tangles, or matting in your hair, you might be wondering if that conveys any message or omen. So, in this piece, we’re going to take a quick look at the spiritual meaning of hair in general, and from there we’ll discuss what it means when your hair is knotted.

Hair is a very spiritual thing indeed. No matter where you go in the world, different hairstyles have had and continue to have cultural, spiritual, and religious significance. For example, Buddhist monks shave their heads. But, they aren’t the only ones. Historically, Catholic monks followed a similar practice. However, instead of shaving their entire head, they only shaved a large circular patch at the middle of their head. We might find such a hairdo humorous these days, but back then it was a very serious matter indeed. Also, we cannot forget the sidelocks, or “Payot”, of Orthodox Jewish men.

More generally speaking though, hair symbolizes three things—strength, intelligence, and intuition via the flow of energy.

Knots in Your Hair & Strength

So first of all, let’s consider hair as a sign of strength. Think of Samson and Delilah! When Samson’s hair was cut, he lost his strength. So, to wake up in the morning with your hair knotted can be an omen that your strength has been compromised via a restriction of some sort or another. Think about the literal reason why your hair is knotted—i.e., you’ve likely been tossing and turning in your sleep. What is the spiritual meaning there, though? It could be that you spent the night having nightmares which many translate as conflict on the other side.

Some believe that hair is connected to intelligence. As such, to have unexpected knots in your hair is a sign that you might be confused. As with the previous section on strength, if knotted hair is something you experience in the morning after a long night of dreams or nightmares, then it could very significant indeed. If you believe that dreams and nightmares involve actions in another realm, then it could be that an astral foe has bamboozled or confused you. Without leaning towards unnecessary paranoia, it’s worth questioning if you’re thinking clearly about things.

Hair and the Flow of Energy

This is definitely an interesting facet. Some believe your hair allows you to channel energy, sort of like a lightening rod. An example of this can be seen when your hair stands on end when something has spooked you. Is it your intuition warning you of a threat? It’s believed that your hair can be a connection to all kinds of messages. So, to find knots in your hair, it could mean that you have blocked out your intuition and aren’t listening to it enough.