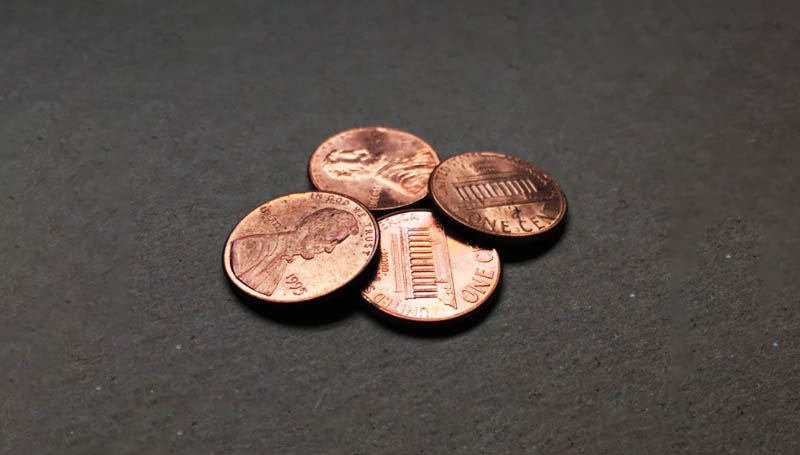 What does it mean if you keep seeing pennies everywhere? It’s a well known belief that finding a penny is “good luck”. After all, most of us know the old rhyme, “See a penny, pick it up, and all the day, you’ll have good luck.” However, is there a different meaning if you constantly keep seeing them everywhere? Maybe you found one on the floor of your kitchen? Then another showed up near the curb at the gas station. Next thing you know, you’ve found another penny in your pocket that you didn’t know was there? Well, in this article, that’s what we’re going to cover—what it means when you keep seeing pennies everywhere.

Meaning When You Find a Single Penny

Before we can understand what it might mean to come across multiple pennies, it’s a good idea to lay a foundational understanding of what it means to find a single penny.

Most of all, when you find a penny, it’s a sign of good luck to come. Remember the rhyme? It’s “see a penny, pick it up, and all the day, you’ll have good luck.” So, there you have it, finding a single penny is a sign that will you receive good luck throughout the day on which you find the penny. However, if the penny you find is tails up, some believe that it is bad luck to pick it up. So, it’s not universally accepted that finding a penny is bad luck.

And that’s not the end of it. Depending on where you find the penny, it can convey different meanings. Additionally, depending on the physical condition of the penny, the message can be modified.

For example, finding a so-called “bad penny” is not a sign of good luck, like it would be to find a more average looking penny. You know that feeling, you feel uneasy when you find a “bad” penny. Maybe the penny is covered in that thick grime, or maybe it’s all scratched up because it spent some time on an interstate—either way, when you get a bad penny, you feel it to your core.

But, don’t fret! Finding a bad penny isn’t necessarily bad luck. According to Phrases.org.uk, the way in which bad pennies continuously turn up is likened to how undesirable characters continue to return in your life. You know, that one relative or friend who shows up and causes a crap storm every time? Well, they, like a bad penny, keep turning up.

And why do bad pennies keep turning up? Well, because you kind of feel bad spending them. Sometimes they’re so unpleasant that you might feel embarrassed to hand them over to the cashier as payment. But, on the other hand, you don’t want to throw the penny away—after all, it’s perfectly good money!

So, if you’re trying to manifest a problematic person leaving you alone in life, don’t hold onto bad pennies!

As mentioned earlier in this article, to find a penny facing tails up is meant to be bad luck. So, naturally, don’t pick up a penny that’s tails up—it’ll bring you bad luck, so some believe. However, if you’re in search of good karma, there is something you can do with a tails up penny that can completely negate the bad luck for yourself and anybody else. Simply flip the penny over, leaving it with the head side up—then walk away! The next person to find the penny, heads up, can pick it up and benefit from its good luck all throughout the day.

So, what does it mean when you repeatedly keep seeing pennies everywhere you go?

Well, some believe it is a message. There are various beliefs concerning what the message is and where the message comes from. For example, some believe it is a message from the angels, letting you know they are watching over you. Whereas, others believe when you keep seeing pennies, that a lost loved one is passing on a message that, first of all, they are okay, and secondly, that everything is okay on the other side.

Does it Matter Where You Keep Seeing the Pennies?

Yes, it can matter where you see the pennies. When you keep seeing pennies, it’s worth paying attention to the locations in which you see them. For example, if you went a particular place with a particular person, and you see a penny in that spot, then it’s only natural to suspect that it’s a message from that person to let you know they’re already.

Also, remember, pennies aren’t only a message from the other side. First and foremost, finding a penny is good luck. So, for example, if you find a penny in or around your car, then you can suppose you might receive good luck on an upcoming road trip. If you find a penny on or near your doorstep, then it could be that you will soon receive a visitor with very good news indeed.

Spiritual Meaning of the Year on a Penny

Another thing to pay attention to is the year on the penny. It’s not possible to say a specific year a penny was minted in conveys a particular and universal message. However, if the year on the penny means something personal to you, then that can be taken into consideration when analyzing the penny’s message. For example, if the penny was minted in a person’s birth year, then it could be taken as a message from that person.

Is Finding a Penny Good Luck or Bad Luck?

It really depends on what the penny is like and what position it’s in when you find it. A heads up penny that’s in decent shape is definitely a sign that you will receive good luck on the day you find it. Whereas, a tails up penny is bad luck! Don’t pick it up. Instead, flip the coin over and move on. That way, the next person to find the coin will be able to benefit from its good luck.

Good Luck and Getting Rich?