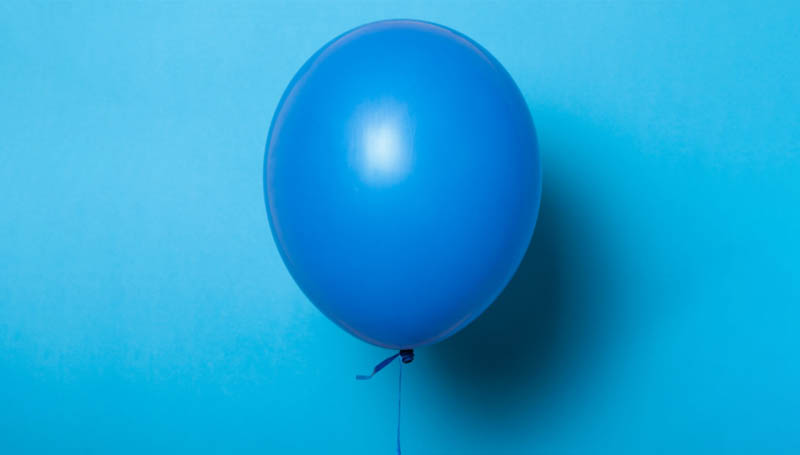 So, if you want to learn about the significant spiritual and symbolic meaning of a blue balloon, then you’re in the right place.

Balloons have come to represent so many things.

Most of all, balloons stand for our dreams, ideas, hopes, and aspirations. When filled with helium, balloons will naturally float upwards into the sky! As balloons float up, they stand for our higher aspirations. They represent our goals that we wish would rise up, like a balloon. Also, when balloons float upwards, in a way, they are mirroring our prayers: made on earth and sent to the heavens.

There’s no escaping it—you can’t talk about balloons without talking about parties. This is especially true for birthday parties. Typically, balloons are used at birthdays as a way of decorating the venue of a birthday party. That isn’t all, though. Additionally, balloons are used to celebrate at political conventions. Instead of helium balloons that raise, though, politicians tend to opt for air filled balloons that sink (go figure). Think about the end of a political convention, sinking balloons are unleashed from above while the candidate below celebrates their success.

So, that’s why we now use and see balloons as symbols of celebration.

You may or may not already know this, but when asked, more people say blue is their favorite color than any other! Therefore, lots of us hold blue in high regard and attach a lot of meaning to it. After all, it is a pleasant color. Moreover, it conveys rich symbolism and spiritual meaning.

Some quick meanings associated with the color blue:

So, now that we know what the color blue means, let’s get into the meaning of a blue balloon!

The big things for the color blue are loyalty, imagination, and freedom. Therefore, a blue balloon symbolizes dreams achieved via each of those facets of the color’s meaning.

For example, a blue balloon can be an omen that your deepest desires will come true regarding or through expression of absolute freedom. Perhaps you’ll finally take that vacation you’ve always dreamed of! Or, maybe, you’ll make a break from a difficult situation—i.e. maybe you’ll leave some negative relationships behind.